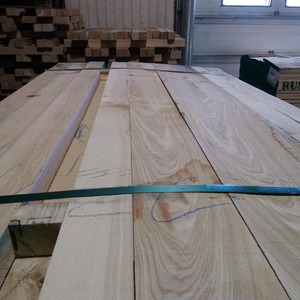 The stated weight (kg / m3) is measured with a moisture percentage of approximately 12%. The continent of origin is Europe, including the Netherlands. Many wood features are similar to American Ash. It could be described as elastic, pretty tough and very strong wood. Moreover, a color difference between its sapwood and hardwood is clearly visible. In the timber trade industry, its sapwood is commonly used, which has got a light color.

Its heartwood is often used for decorative purposes. Because of the many color differences in this dark brown heartwood, a beautifully expressed drawing can occur in the wood. This is also called 'Brown Ash' or 'Olive Ash'.